You’ve heard the stories about the happy fat person, right? Well, as comforting as they might be, particularly if your own child is heavy, they may be more myth than reality in most children’s lives. Not only are there health costs associated with childhood obesity, but your child’s weight problem is also intimately entangled in his emotional world. 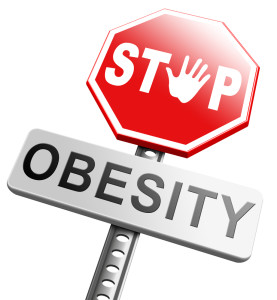 For overweight children as well as their parents, living with excess weight can be heartbreaking. In its own way, the social stigma attached to being overweight can be as damaging to a child as the physical diseases and conditions that often accompany obesity. You can probably see it in the eyes and hear it in the words of your own overweight child. In a society that puts a premium on thinness, studies show that children as young as 6 years may associate negative stereotypes with excess weight and believe that a heavy child is simply less likable.

True, some overweight children are very popular with their classmates, feel good about themselves, and have plenty of self confidence. But in general, if your child is obese, he is more likely to have low self-esteem than his thinner peers. His weak self-esteem can translate into feelings of shame about his body, and his lack of self-confidence can lead to poorer academic performance at school. You probably don’t need a detailed description of how difficult the day-to-day life of overweight children can sometimes be. These youngsters may be told by classmates (and even adults) that being heavy is their own fault. They might be called names. They could be subjected to teasing and bullying. Their former friends may avoid them, and they may also have trouble making new friends. They could be the last one chosen when teams are selected in physical education classes.

With all of this turmoil in an overweight child’s life, he may feel as though he doesn’t belong or fit in anywhere. He may see himself as different and an outcast. He’ll often feel lonely and is less likely than his peers to describe himself as popular or cool. And when this scenario becomes ingrained as part of his life—month after month, year after year—he can become sad and clinically depressed and withdraw into himself.

In an ironic twist, some overweight children like these might seek emotional comfort in food, adding even more calories to their plates at the same time that their pediatricians and parents are urging them to eat less. Add to that the other emotional peaks and valleys of life, including the stress of moving to a new community, difficulties in school, or the death of a parent or a divorce, and some children routinely overindulge in food.

There are other obesity-related repercussions that continue well into adolescence and beyond. Heavy teenagers and adults might face discrimination based solely on their weight. Some research suggests that they are less likely to be accepted for admission by a prestigious university. They may also have a reduced chance of landing good jobs than their thinner peers. Overweight women have a decreased likelihood of dating or finding a marriage partner. In short, when heavy children become heavy adults, they tend to earn less money and marry less often than their friends who are of average weight.