Chinese babies are weaned on congee, a watery rice porridge. Congee is a great base to mix with other foods, such as puréed pulses and vegetables. Chinese mums often include ginger and garlic. Some use soy sauce, although we wouldn’t recommend it because it’s salty. 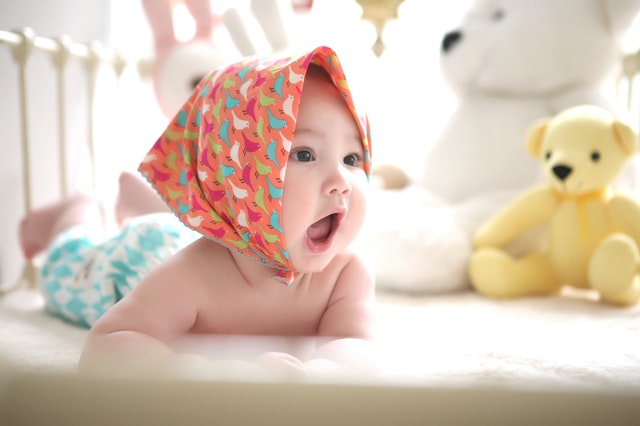 Malaysian mums mix the congee with millet and quinoa as well as puréed vegetables and fruit.

The preparation of congee involves cooking rice with more water than usual – and for longer than usual – to a point where the grains break down. The result is a thick, somewhat smooth mixture and – whilst it’s usually cooked unseasoned for babies .

For every cup of rice,  use 10 cups of water. Wash the rice before you start until the water runs clear, then put the grains in a pot with a heavy base. Pour in the water and heat until boiling. Lower the heat to a simmer and cook partly covered until the congee reaches the texture you want (around 2 hours). Stir occasionally.

Congee is sometimes made using stock instead of water (sounds like a good idea, as we’re certain our little ones would have found plain congee a little bland!). It can also be made with brown rice, which would be more nutritious – although we guess the cooking time would need to be extended to some degree.

Interestingly, other grains – such as oats, barley or millet – are sometimes used instead of rice.

A word from one of our moms:

Burdock and chicken, liver stew, sukiyaki even? If you are a foreigner weaning your children here in Japan, you may at first be surprised by the eclectic flavors on display in the baby food section of your local supermarket. Having weaned three of my own babies here in Japan, I was at first overwhelmed by the unfamiliar ingredients and options on offer from the likes of Wakado, Kewpie, Beanstalk and Meiji, the four most popular brands of baby food in Japan. Where was I to start? I knew that back home in South Africa babies are generally weaned a la Annabel Karmel: starting at six months with baby rice or cereal, followed by simple fruit and vegetable purees, then progressing onto blended pureed meals, finger foods and beyond. But how did things work in Japan? What was I going to do in the absence of Ella’ s Kitchen Organic pouches, Woolies baby food and Cheerios that my friends and family in the South Africa relied upon to feed their growing babies?

The official line goes that you start your baby at around five months of age with just a single teaspoon’s worth of okayu, or Japanese baby rice porridge. This teaspoon is given once a day at lunchtime, moving up to three spoons over the course of a few weeks. The next step is carrot purée, followed by sweet potato, pumpkin and so on. As your baby’s appetite for solids grows and no allergic reaction is noted, you then introduce more teaspoons at dinner and lastly at breakfast over the next two to three months. So apart from the recommendation to start a little earlier than the guidelines of the World Health Organisation, the process of weaning, in the early stages at least, was really not all that different from the weaning process back home. Phew!

It was a little further down the line that the cultural differences in diet become more apparent and I found myself in more unfamiliar territory. It took me a while to get my head around feeding mujicha, or barley tea, to my baby. Tea for a baby? Surely not! The hot summers, however, soon had me converted. I also soon got used to feeding my little ones baby senbei, and to finding the half-chewed rice crackers stuck to my socks, sweaters and even worse, in my hair! My children thrived on the fish-based, quintessentially  Japanese baby foods to the point that they refused to eat Western baby food when I visited home in South Africa when they were small. All they wanted were their staples of rice, miso, tofu, udon, furikake, nori, fish and, heaven forbid, natto! I began to place my trust in weaning and rearing my children the Japanese way and they have never looked back. Now that I have two kindergarteners at home, however, I have moved on from the challenges of weaning and introducing solid foods to the next level: that of the art of kawaii (cute) bento box-making…a whole new ball game and parenting challenge!